You will find it some 60 kilometres from Bari. The superficial idiotic tourist would define it “a huge empty box”. It can be seen from afar and from its walls made of Trani stone, an iridescent material that changes its colour according to the light that touches them, you get to see far.

Castel del Monte stands on a completely barren hill when I get there in December. The snow covers it from time to time, and the wind touches it. It whispers to me: “Walk through this dark ocher soil. Choices will be offered to you. Here you will need to get lost to find yourself again. ”

The history of mankind appears, at times, crystalline. We were able, for example, to establish a fairly precise date for the Big Bang. When it comes to Castel del Monte, on the other hand, we know almost nothing. Yet it “happened” well after the creation of our solar system. Yet no: we can do solve its enigma.

The documents outlining the building construction were swallowed up by Time. We have not the faintest idea of the intended use of this building. The human race is weird: we can explain events that took place millions of billions of millions of years ago, while these porous walls remain one of the biggest mysteries of our history. 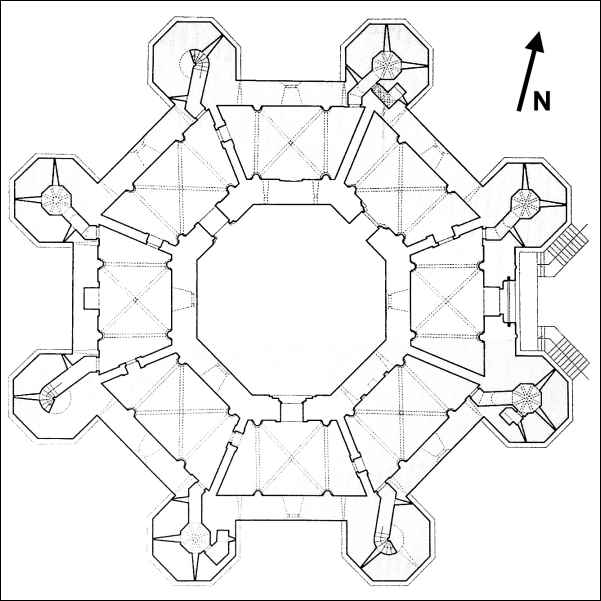 Everything here refers to the number 8: the building plan is octagonal. At every corner, there are the towers, also octagonal. Castel del Monte is characterized by the intermediate figure between the square, symbol of the world, and the circle, which stands for the sky. Therefore it symbolises the passage of the first into the other.

8 is the number of the compass rose, of the lotus petals and of the Buddhist pathways. It is the cosmic balance number and the symbol of infinity. The 8 beatitudes of Jesus and the 8 arms of the Indian warrior goddess Durga.

The main entrance door opens onto the wall that is approximately east-oriented. Nay, more: it is located on the point where the sun rises in coincidence with spring and autumn equinoxes. On these particular dates, the shadows cast by the walls follow a particular direction. At midday, on the day of the autumn equinox, for example, the shades of the walls perfectly reach the length of the inner court, and exactly a month later also cover the entire length of the rooms.

Nay, more: twice a year (April 8th and October 8th), a ray of sun coming through the window located on the southeast wall crosses the window facing the inner courtyard and it illuminates a portion of the wall where there used to a bas-relief.

What it is. What it is not. What it could have been.

Castel del Monte could not have been a military fortress. The knights of Frederick II would not have been able to appreciate the very fine decorations and endless astrological symbols. They would not have known where to water their horses. Nay, more! They would not have felt comfortable in this building: the spiral stairs in the towers, arranged in a counter clockwise direction, would have forced them to take up arms with their left hands, posing them in a significant disadvantage against possible attackers .

For the complexity of its symbolism and the lack of stables, Castel del Monte could not have been a hunting lodge, although Frederick II loved this pastime.

According to some, Castel del Monte may have been a spa, an hammam-like. The building includes a very complex series of water collection systems, including some tanks and various bathrooms. A humid and relaxing possibility, this one.

For others, however, it would be a temple to be experienced through an initiation journey.

For each door, a decision. 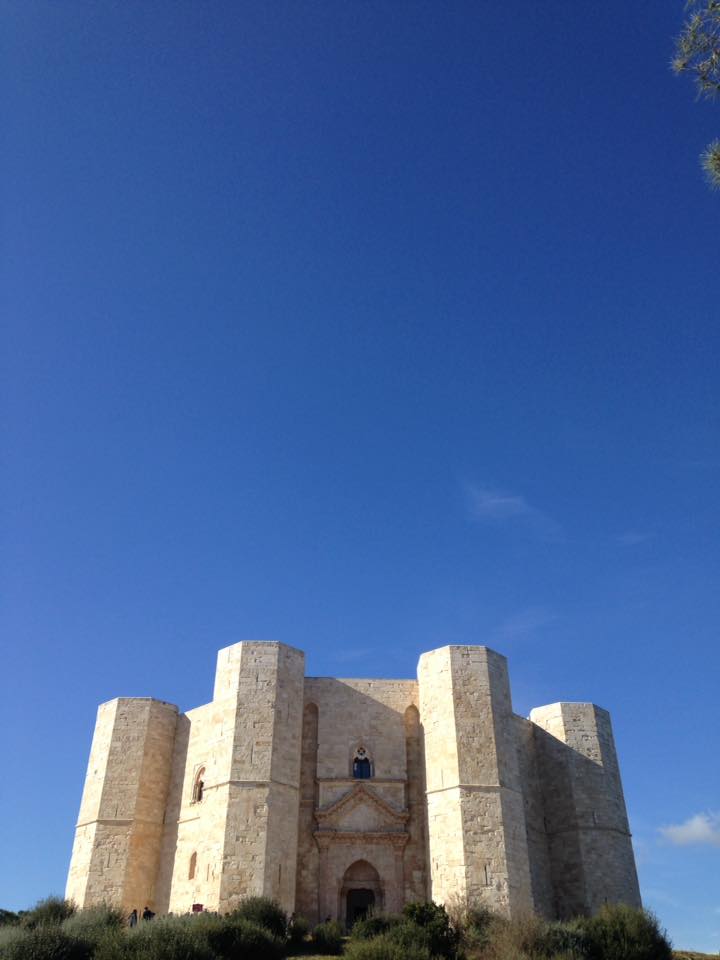 Its rooms give the traveller the inexorable feeling of bewilderment. Very few details vary from one room to the others which, though geometrically perfect, are characterised by some slight asymmetries or variations in the decor.

According to other hypotheses, however, Castel del Monte may have been a temple of secular knowledge, a place where travellers could devote themselves to the study of the mathematical, esoteric, and astronomical sciences.

On top of each column, a real botanical treatise.

The high walls which formed the inner courtyard remind the wanderer of the inside of a well, which represented Knowledge in medieval symbolism.

Those who know, may choose.

Walk through the 16 rooms. The light from the single-light windows on the ground floor will increase as you reach the second floor. Looking up, you will realise that there is a faun with pointed ears amid the vaults of the rooms. The six-pointed stars and the trapezoids on the floor will guide you. An endless series of “8” on the keystones and on the frames of the doorways, will walk with you.

And now, to you, fellow travellers: the choice is yours.