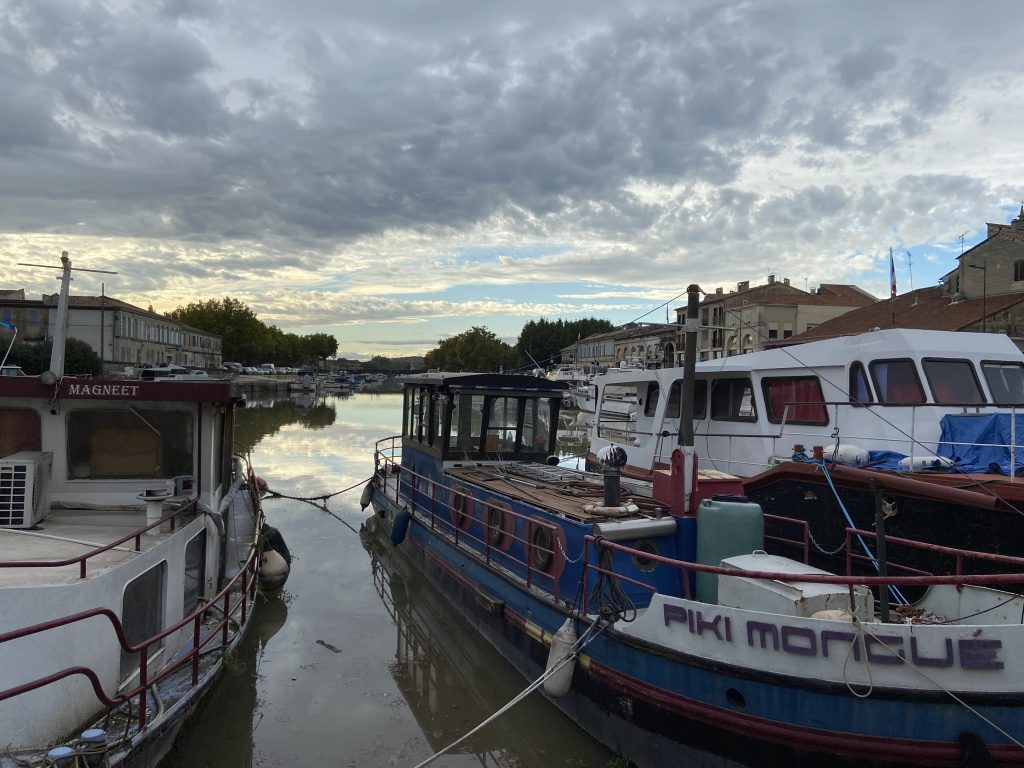 My house was close to a small harbour and those boats were my first image of Beaucaire: when I arrived in the late afternoon, the sun caressed them while the wind played on the various tricolours hanging at the beginning of the harbour. In the weeks to come, at the end of workdays or on my lunch breaks, I would sometimes return to the Canal à Sète: along this dormant arm of the Rhône, I would come to walk, to stroll, to look inside the boats; I would discover that some of them were permanent homes and I would write down their names because they made me laugh: Coriandre, Piki Mongué, Lil Dracula of the Waters, Xanadu.

On one side, the marina ended with a slip road to the road bridge. Once, in its place, there was a lock built at the beginning of the 19th century, which had enabled the Canal à Sète to be put into service. Along the link road, unlike the boats that could be seen in the area near my house, there was a series of ships that seemed to me to be historical reconstructions of ancient vessels: they also had very unusual names, such as Saint-Amour and Nescio, bright colours and some of them even reached 20 metres in length. In a past that no longer exists, they were used for fishing in shallow waters. 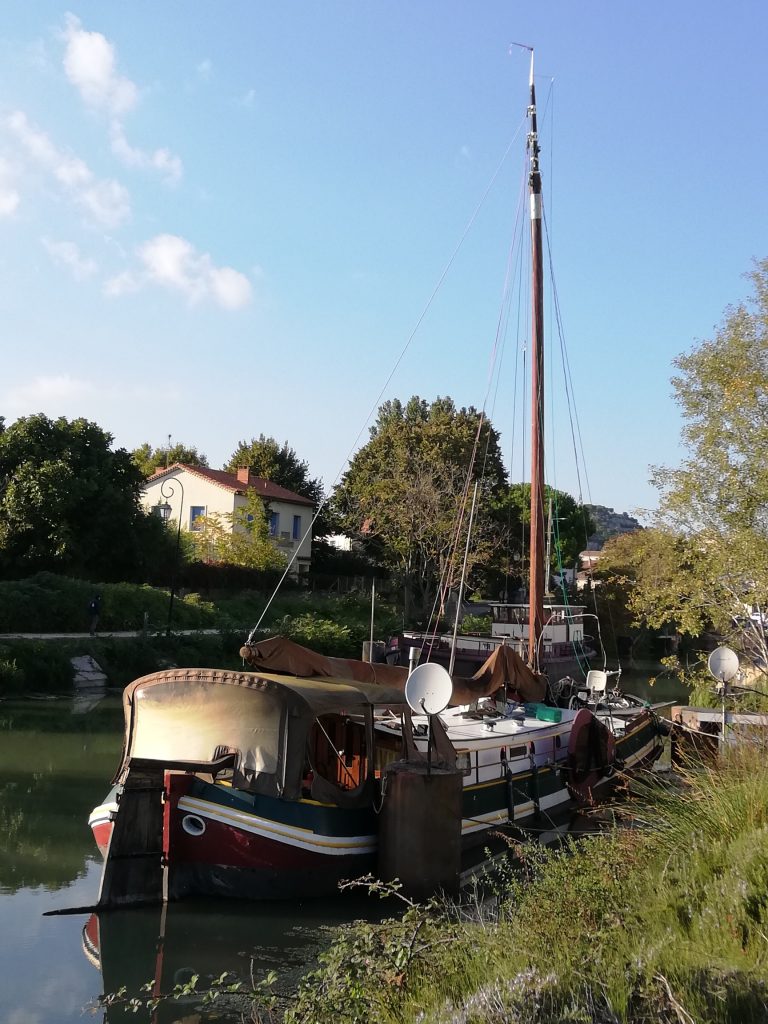 In my walks along the dormant waters of this link road, I kept meeting no one to ask why there were these wandering vessels abandoned everywhere. My only chance to find out more about these boats was – of course – thrown away on one of my last evenings in Beaucaire: at dusk, on one of these strange barges, I caught a glimpse of a man in overalls. With heroic impetus, and without thinking about the fact that we might not have any language in common, I reached out and he noticed me. This was our dialogue, lapidary to say the least: 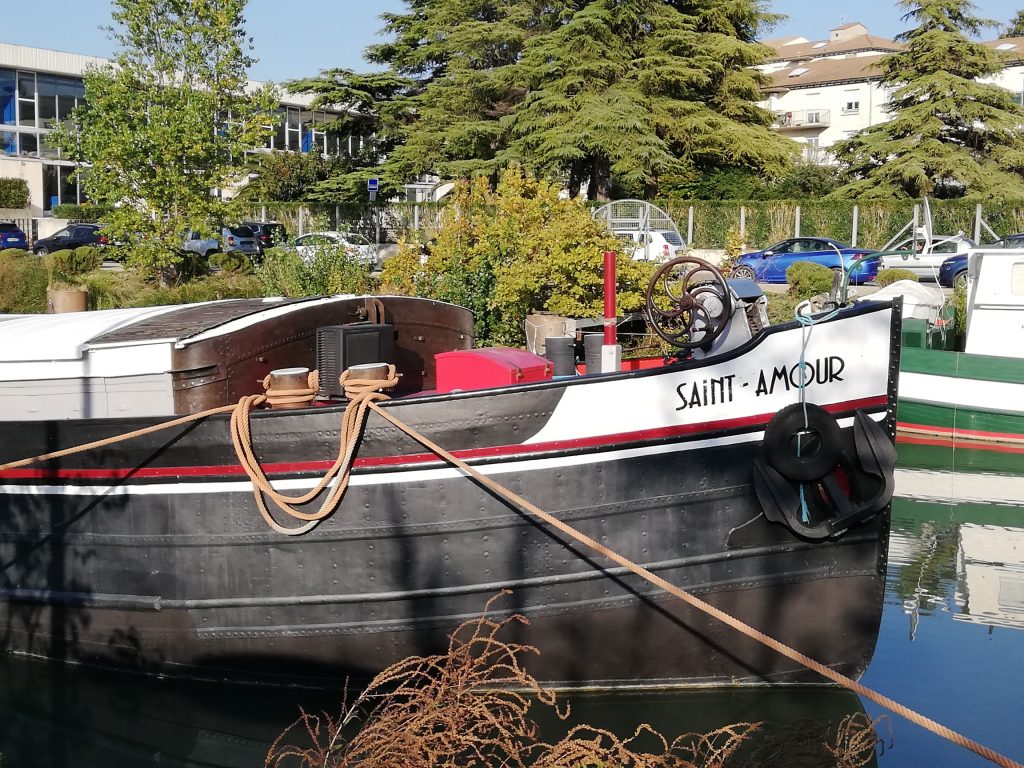 Besides eating, walking apocalyptic distances, taking public transport as frequently as possible, and making fools of myself in multiple languages, when I travel – if time permits – I always try to go to the cemetery. I remember many graveyards around the world: the one in Koyasan in Japan at the end of 2019, the Danish ones, the one in Staglieno in Genoa. 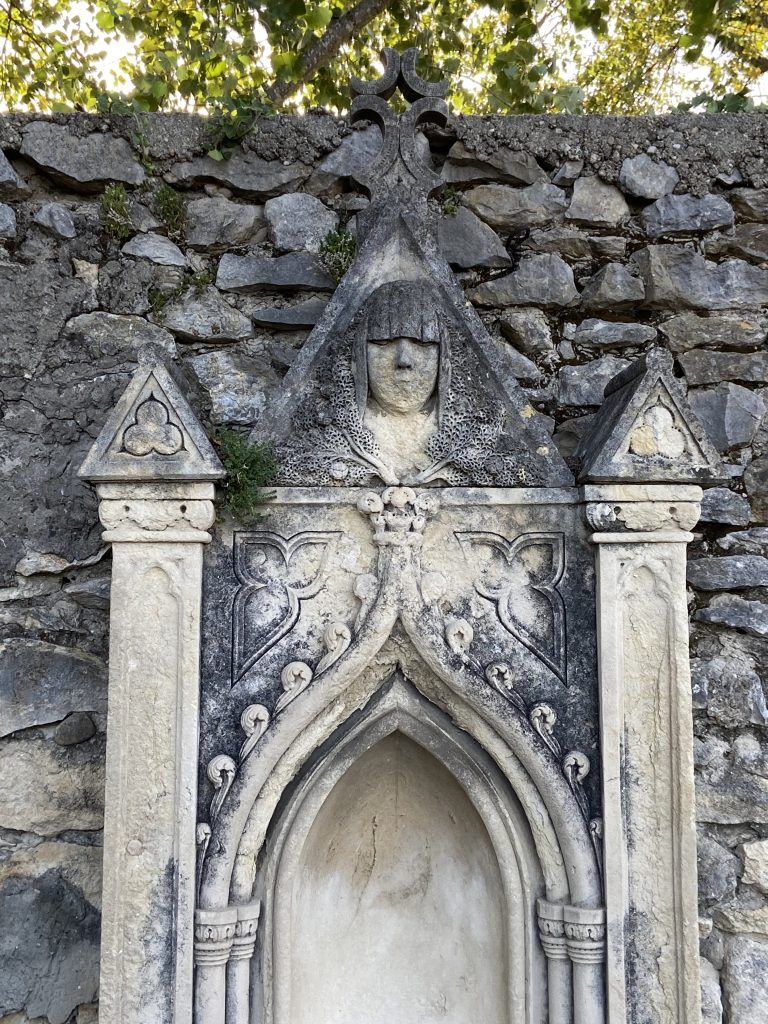 I think cemeteries are one of the mirrors in which social connotations and differences are reflected, but they also allow us – with time – to accept that death is part of life. They are also non-places where it is possible to give some sort of order to the pain of loss: after all, to get there we have to walk along a road, pause in prayer, change the water in the flowers and put new water in the vase. 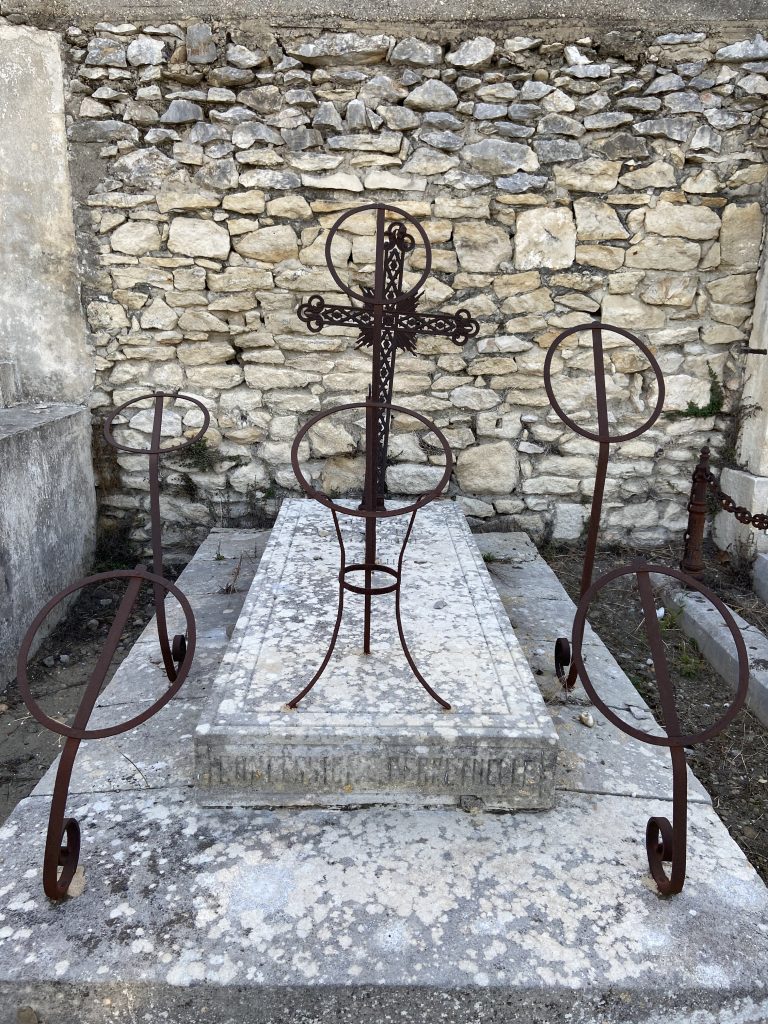 The question of water and flowers was a strange one in Beaucaire (and then in a couple of other cemeteries in the south of France). Let me explain: in the graveyard, there are no dovecotes, and all the graves are almost similar to each other, light sand in colour, and they all have an antique feel to them.

But most strangely of all, since the first steps I took in there, I saw iron circles, nice and straight on almost every tomb, similar to pedestals rusted by rain, and there and then I couldn’t imagine what they could be. I must have little imagination (or intelligence), you will say, dear readers. Probably so. Then, in the central part of the cemetery I finally understood: instead of having real or fake flowers, each deceased person receives a ceramic bouquet, a porcelain Couronne de fleurs. Some are placed directly on the gravestone on the ground, while others are mounted on those round iron pedestals. Falling because of the wind that blows so hard here, they leave behind those rusty skeletons. What was supposed to be a souvenir of unlimited life, shaped to resist frost, high temperatures and atmospheric variations, is by no means immortal. Todo cambia. 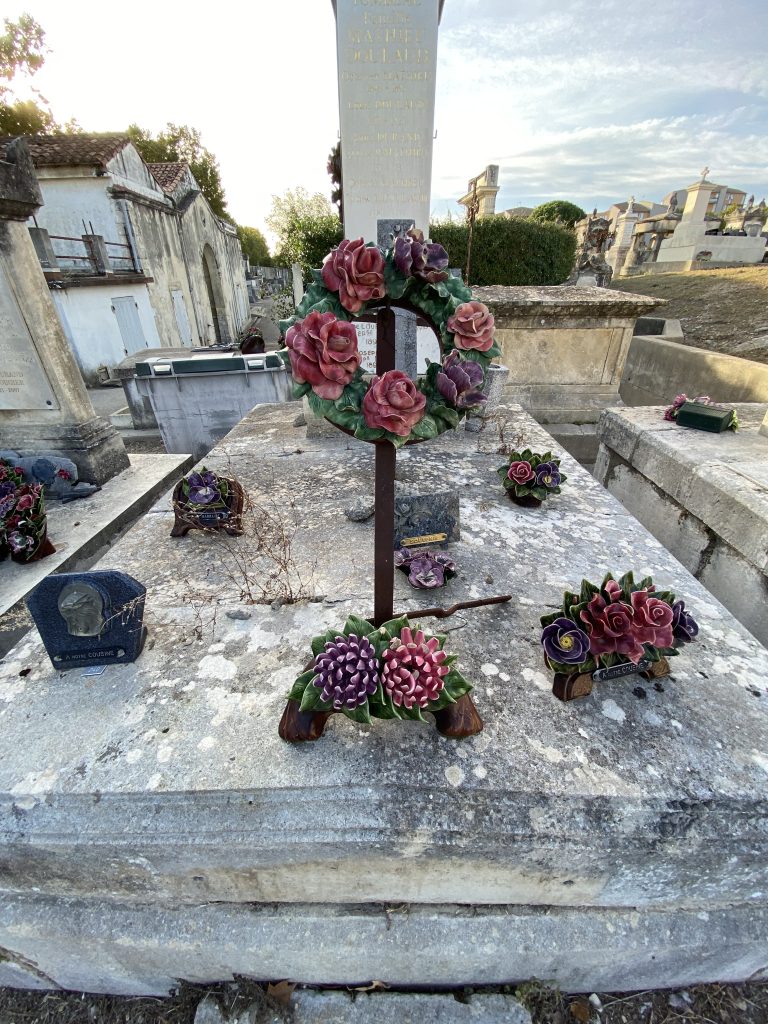 From here on, dear readers, individual stories will be dedicated to the destinations that have stayed with me the most during my 31 days in France. Are you still with me?