Each trip is an entity in its own right. Each path (near or far) on this world map gives us experiences and encounters that cannot be replicated elsewhere. We ourselves cannot be replicated elsewhere, otherwise. Within each journey, then, there are moments that stay in our hearts and in our memory longer than others. The reasons for their permanence are variable and personal, and sometimes inexplicable. 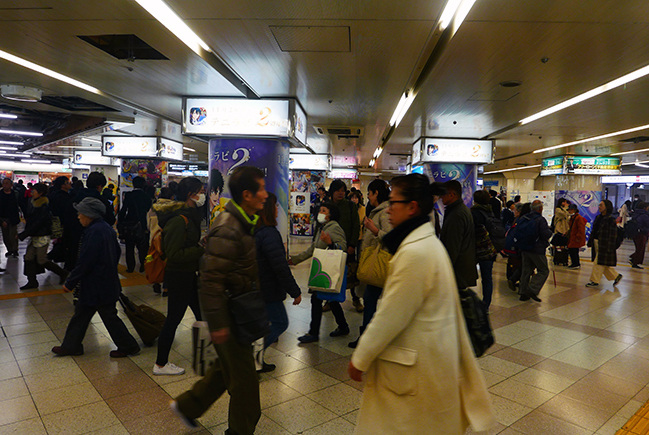 While I’m writing about Japan after so many months, I realise that I can’t remember anything about some of the places I visited there.

The days in its immense cities now look like long time-lapses in my memory: in them, I find myself paradoxically immobile and almost incapable of understanding what is happening around me. If I think about Tokyo, for example, I have the unpleasant feeling that someone has put a funnel in my throat and has not stopped pushing down tasteless food for hours and hours. I am sure it is a distorted and unjustified perception. However, if I think about the capital of Japan, I still feel deeply alienated. I have never felt something similar anywhere in the world, not even in other megacities, not even in other exponentially more exotic, stranger countries.

For many places in Japan, I didn’t feel anything: I wasn’t on a honeymoon with this country and the typical excitement that I had regularly felt in the vast majority of the countries I have visited over the years has taken the form of the hardest alienation here.

I am sure that this frustration is partly due to the fact that in Japan I was unable to really connect with anyone: it’s not a matter of whose fault it is. Twenty days are nothing if you want to try to start understanding a nation with a complex history like Japan.

Nonetheless, apart from one beautiful but fast exception, during my trip I never exchanged more than 4 words with a resident: I don’t speak Japanese and many people – even in big cities – don’t speak English. However, this distance went beyond the usual language misunderstanding pantomime. 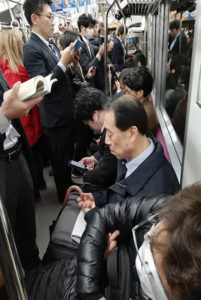 In Tokyo, for example, a city which is in perpetual movement and which is home to more than 14 million residents, the distance between individuals is immense: I saw hundreds of individuals eating alone, glued to a screen and I met thousands of commuters on the subway absorbed by a video game. In their ears, I think I heard sounds and voices that only they could hear. We were side by side, but they seemed so far away from me that they became unreachable. I was there, but they didn’t see me. I was watching them, but it is as if there was nobody around me.

There is no intention of judgment on my part: this article is instead an awkward attempt at analysing my memories.

I had the impression that Japanese society is subjected, since adolescence, to very powerful psychological pressure: professional success and self-fulfilment are the pre-established cornerstones of life. To achieve these pre-destined goals, relationships perhaps fall apart by endlessly self-simplifying through actions that are repeated almost mechanically (such as greeting at the entrance of each shop – irashai mase). In parallel, people look for some sort of escape mechanisms online. 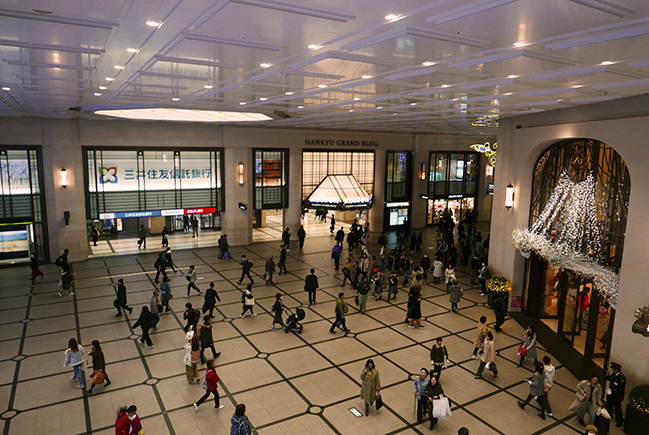 In Japan, I experienced an unprecedented cultural shock. I often looked for my own image on the shop windows which were saturated with noise and sounds, on the screens of the crowded game rooms, on the subway windows: I only managed to glimpse a reflection that came and went.

I felt like I was in two parallel worlds destined to never meet despite being constantly close, in which my own identity was lost.

Or at least, momentarily lost.

2 thoughts on “Lost in Japan”