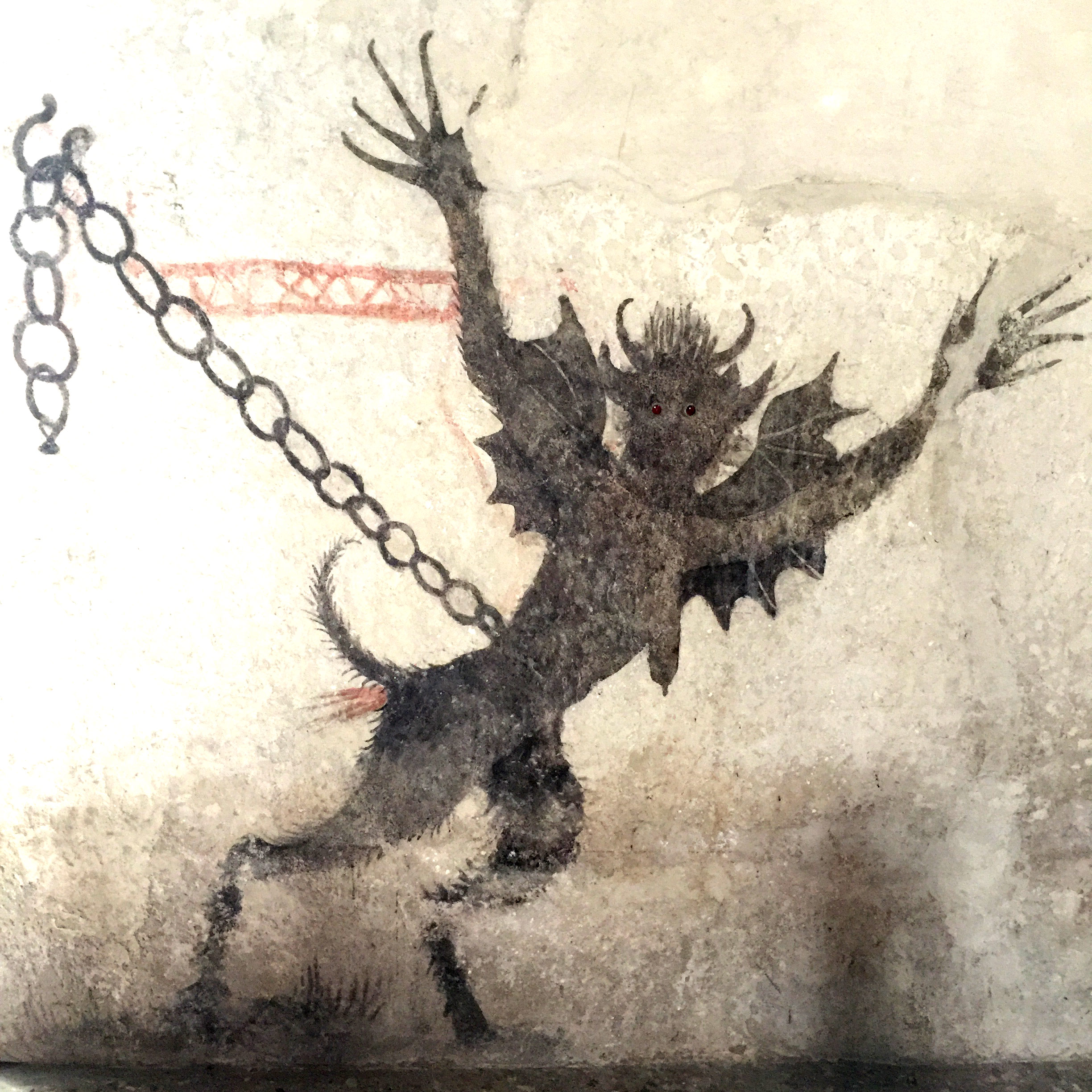 Those chains have been strangling her waist for centuries. Light does not reach her that often either: very few visitors venture to San Lorenzo di Arzene, beyond Casarsa, Pasolini’s birthplace, looking for her in this parochial church in Friuli.

Her fingers are thin and remind the travellers of claws. She has been described in the worst way throughout the centuries: they have called her “filthy” as she passes fire through her back holes, and her eyes are burning. She has been on that wall for a very long time and witnessed the worst horrors of each era: plague, hecatombs of children wiped out by diphtheritis as outlined in the village registries.

Written in a sort of half language that is neither Latin nor Greek, close to her Nosferatu-looking fingers, the wanderer will find a sign “that can consume you”. In other words, she is telling the travellers: “Do not touch what lies beneath here. Walk carefully on this ground and do not attempt to wake up those that (probably) sleep under my ogre feet”. She has had very depressing companions: Saint Rocco, whose skin is covered by plague blisters; Saint James, protector of those that wander to the Holy Land and obviously hope not to meet his sad face; Saint Lucia, guardian of those with unhealthy eyesight; Saint Joseph, the daddy of all daddies, holding a Baby Jesus that does not look great but at least looks alive, which is not bad considering. Last but not least, Saint Bellino, protector against rabies whose cur appears to be the merriest of all, although his image is slowly fading away from the wall (and who can blame the poor animal?).

If you were her, would you smile? The only solace must have been, at least for some time, the ladies’ community that was forced to sit on her side of the church while attending mass. The doves, carved here and there in the walls surrounding her used to represent the souls of the Faithful Departed in Langobardic times. They still manage to make her smile, every now and then. Do you know how they do it? They remind her that the is one of a kind: story has it that there is just another one like her in the world. In Paris, they say. What are 1200 kilometres for someone that was chained to witness this amount of horrors, after all?