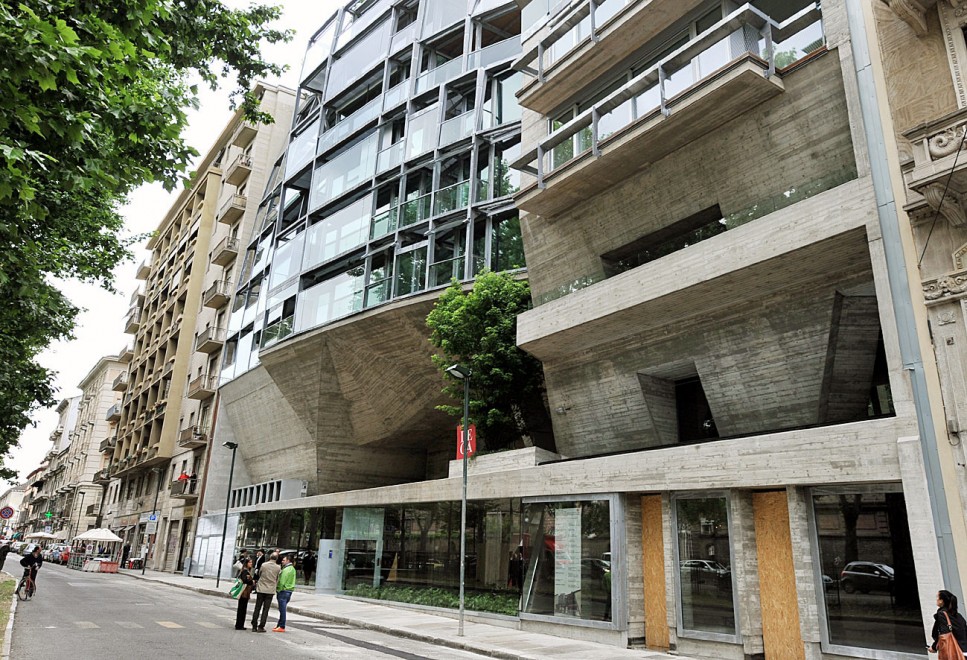 Looking up is the last thing that comes to mind. You are in a hurry. You do not even you realise where you are. In Corso Regina Margherita, but where exactly?

The wall running next to you as you keep walking is not made of simple reinforced concrete. Behind those plants that peep out in the midst of the incessant traffic, there is a story that is, to say the least, impressive. Few know about it. Tonight I will share this story with you, another hidden architectural gem in Torino.

This building, at 104 of one of the most interesting boulevards of the whole city (Corso Regina), used to be a Shakespearean theatre. 1200 square metres. Not exactly tiny, right. People’s theatre: proscenium, gallery, balcony. They used to come for a chat and learn the latest gossip. Throughout the eternal movements of time, the building changes its name into “Cinema Hollywood”. I had the chance to walk around this property with whom brought it back to life, I can almost imagine them: in the golden 30s and 40s, amid the cataclysm brought in by the two World Wars, wearing fashionable Charleston clothes. I can see them. They used to come here not only to attend what the Lumière Brothers described as “a future-less form of art” , but also to dance: in winter, in the basement; in summer, on the terrace. Then apocalypse fell from the sky, bombs all over Corso Regina. Darkness stretched on turning this building into a blue-movie cinema. 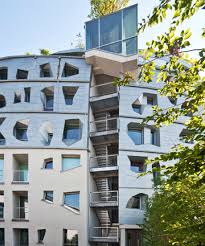 Casa Hollywood looked like a missing tooth for a long time, between the two adjacent buildings. Then, magic happened. New walls, 35 metres high. 9 floors, 6 of which house private apartments. Another 1 is used by a nearby hotel as a guesthouse and a location for public events. Until recent years, the top floor housed hives: bees produced the well-known “Royal Honey” from up there. They too are gone with those who looked after them. On the same floor, there are still fruit trees planted by those who live up there.

That popular theatre and cinema lives again in the arms of reinforced concrete: lines clenched to glass. The walls breathe thanks to the aralias you see peeking through the glass overlooking the Corso: the aralias do not need direct sunlight, but with the dwarf bamboos, they create the idea of an underworld amid all that asphalt. 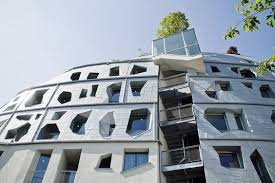 If you have the good fortune to visit the penultimate floor, you will experience inbetweenness. In front of you, there will be a glorious Yesterday the Royal District, the newly renovated Royal Gardens beyond trees that would need some pruning. And on the other side, a solid Today: the Lungo Dora district. You will see Roa’s weasel in the distance. Walking around up there, Casa Hollywood will be a reflection of what it means to live abroad for many years and then return home. You know you love both the lives that you have been granted. You know that two worlds, two cultures will always live inside of you forever. Two selves.