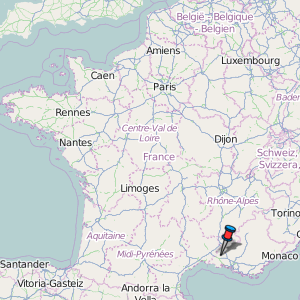 Over the last few years, in various events where I’ve been asked to talk either about my travel books or about travel in general, one of the most frequently asked questions has always been: how do you plan a trip? And the answer has always, or almost always been the same: I plan and rationalise the whole journey, but up to a certain point.

I applied these very solid principles while I was deciding where my French “home” would be.

My home, in this story, was Beaucaire.

I had chosen it with poetic care in the months leading up to my departure. Beaucaire is on the banks of the Rhône, and I have never had a life far from an important river: my life in Ireland has been led by the Shannon, and my Italian life has always walked alongside the Po.

Moreover, in Occitania and the Camargue, the Mistral blows and spins legends and traditions that you can’t even imagine.

I had, however, also selected it with a bit of intelligence, dear readers, because I did not want to waste a whole month. Logistically speaking, this small town of about 16,000 inhabitants was perfect: I could easily get there by car, and from there, if the health situation had deteriorated inexorably or if work-related necessities had requested me to be back to Italy, I could leave in a hurry, without relying on a plane. Beaucaire was therefore feasible, geographically close, and easily modified in this age of constant change.

In addition, the flat I had chosen was in an area covered by bombproof internet broadband which would allow me to have no problem working from this wonderful Elsewhere.

Economically (but also in terms of human interaction), Beaucaire is not Paris: the cost of living is – broadly speaking – similar to that of Turin, so I would not have bled myself dry in this experiment.

Moreover, it had two other advantages: the first, geographical and probably very clever, is that living there would allow me to easily get to any planned destination either by car or train; the other reason, absurd for those who don’t live like me in a city where a parking space is equivalent to a Holy Grail, was its almost non-existing traffic: in Beaucaire, I had a huge, free, and safe parking space at my disposal, 5 minutes’ walk from my door. After two years living in Turin, immersed in the noise and curses of other drivers, this change was extraordinary.

So I hope I have shown with this highly rational chapter that I seem dumb and romantic at times, but I am far from it.

My home was in the historic centre of Beaucaire. On the first Monday I worked from there, I discovered that it was opposite a small primary school: at 8 o’clock every morning, children arrived on foot, some alone, others accompanied mainly by their mothers. The pupils were all of different ethnicities: in addition to the French, there were few pupils in their colourful masks from South America. From my window, I could hear them talk of Bolivia and Mexico and Argentina. Then every day at 11 am, 1 pm and 3 pm the bell would ring for their breaks, at which time the happy shrieks of these little human beings would explode, chasing each other around a courtyard that I couldn’t see because it was beyond a low wall. I followed their rhythms as I worked serenely. 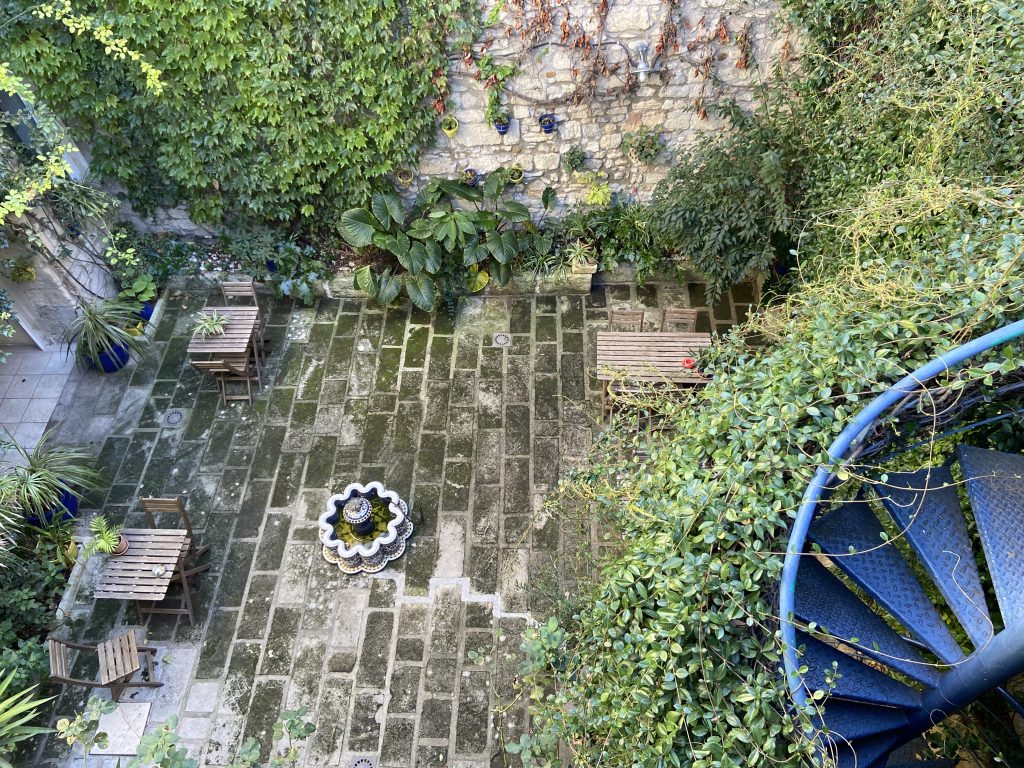 In my house in Beaucaire, from the very first days, I played games. The first one usually took place in the evening while I was preparing dinner: I forced myself to turn on the television (where everything was obviously in French), not to watch it but try to understand the content of the film or programme on the screen. The idea behind this game was simple: I barely understand French, and I speak it even worse, but I wanted to somehow try to improve my very poor language skills. I think that’s what travel is for: to try to understand, to try to make oneself understood, to make gaffes in other languages. Sometimes, in this absurd game, I was able to understand the broad outlines of what was being broadcast. At other times, I couldn’t understand a damn thing. The French programme schedule was varied, but everything was dubbed, just like in Italy. One of the programmes that I still remember today was a sort of Big Brother with this miraculous title: Les Marseillais vs. Le Reste du Monde, or rather The Marseillais against the rest of the world.

Now, I don’t know why the Marseillais had to fight against the rest of the planet, but the adventures (especially the spicy kind) of the protagonists were incredible: there were physical, emotional, and philosophical challenges that each participant in the game had to face. And great bursts of laughter, and fights, and performance anxiety, and very long kisses that made me understand once again why in English the verb to make out becomes French-kissing. This programme also reminded me of other equally funny and totally kitschy shows I had seen elsewhere in the world, such as Jersey Shore and The Only Way is Essex. And, dear readers, listening to these guys smooching and fighting over nonsense, I was laughing like a fool alone in my kitchen in Beaucaire. 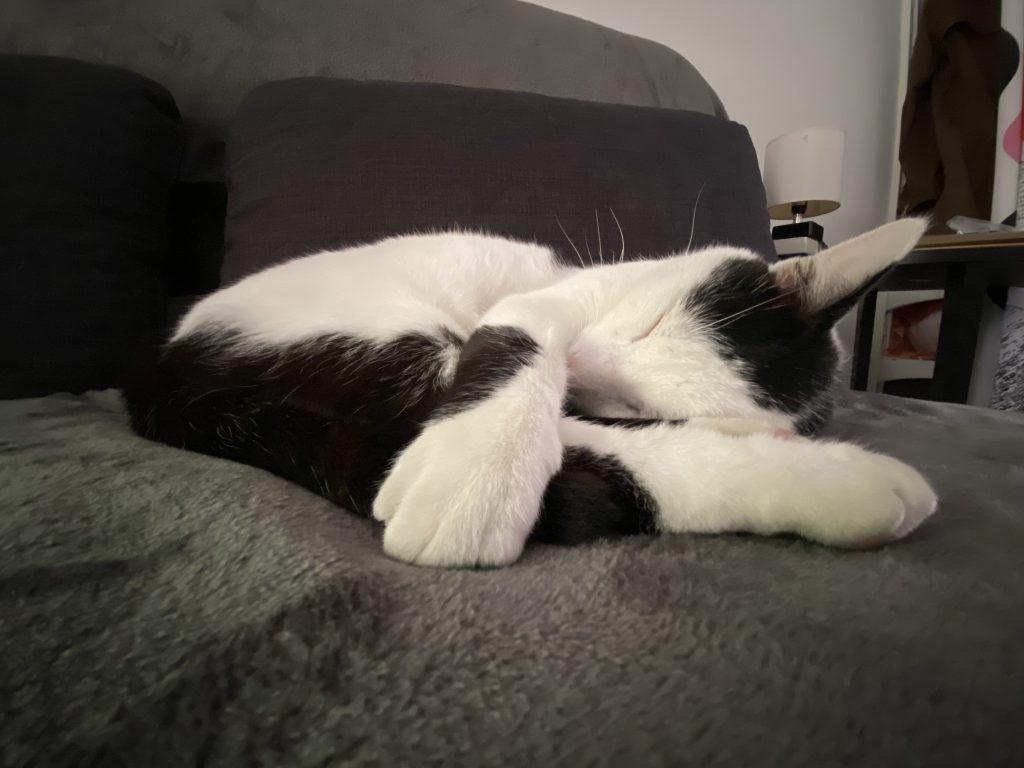 In my house in Beaucaire, I played another game: I played with Jango. No, not the bounty hunter from Star Wars, the one from “Attack of the Clones”. Jango was my landlords’ cat: plump, black, and white, affectionate, and deranged as only cats can be. I met him on my very first evening, and over the course of my weeks in the South of France, he moved in with me. He would arrive early in the morning when I opened the window leading to the inner courtyard which I had almost exclusively for my use, and after demanding a breakfast of tuna and milk, he stayed with me until at least the afternoon. During my work breaks, I would play with him, who was still a puppy and had nothing to do with the mercenary from which he took his glorious name. He came and went as he pleased: he ran and slept and ate and occasionally came to be seen on the work calls I made. Once he even got caught up in the computer case: how he managed not to electrocute himself remains a mystery. But you know, cats have many lives. 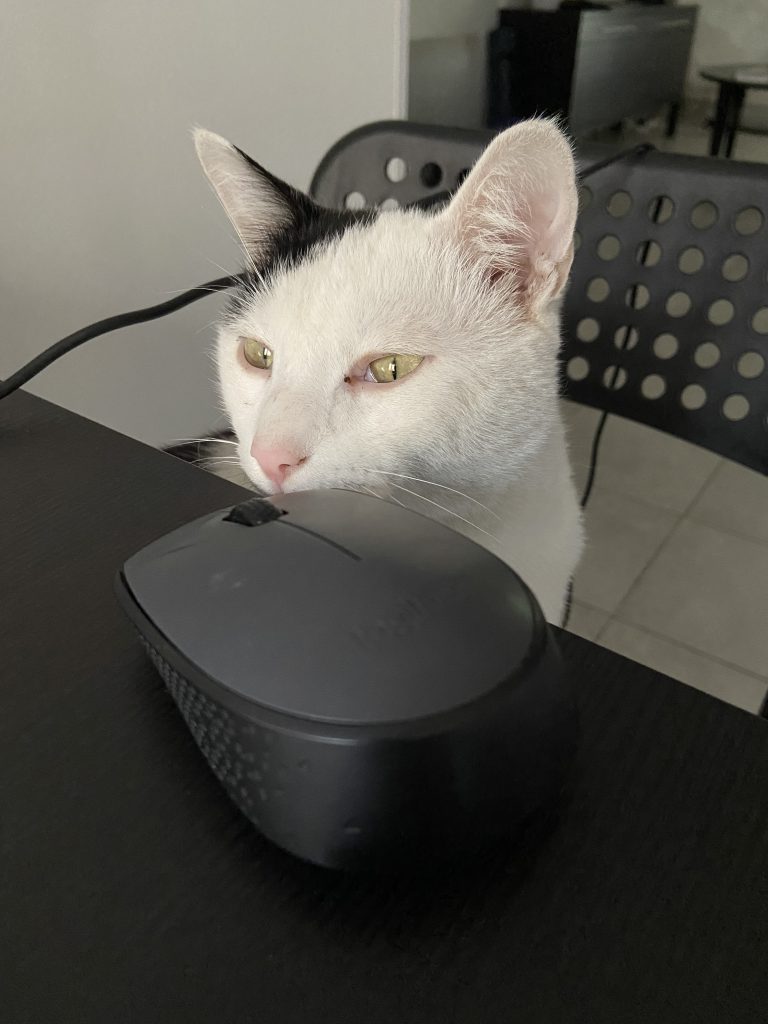