I was 37 when I saw the tiger.
No, not in a zoo, nor in the circus, where I would not go on principle anyway.
I saw this animal in India.
Free.
Immense.

In the previous days, I had already been to the Khana national park. Nothing helped: waking up long before dawn, at 4. The darkness that disappears leaving room for the expectation of the day that stretched in front of me. The warm wind on my face, as I began wander around the vast area of the park by jeep. Nothing worked. The tiger was hiding.

I saw its footsteps everywhere, as wide as highways, on the clay-coloured ground. 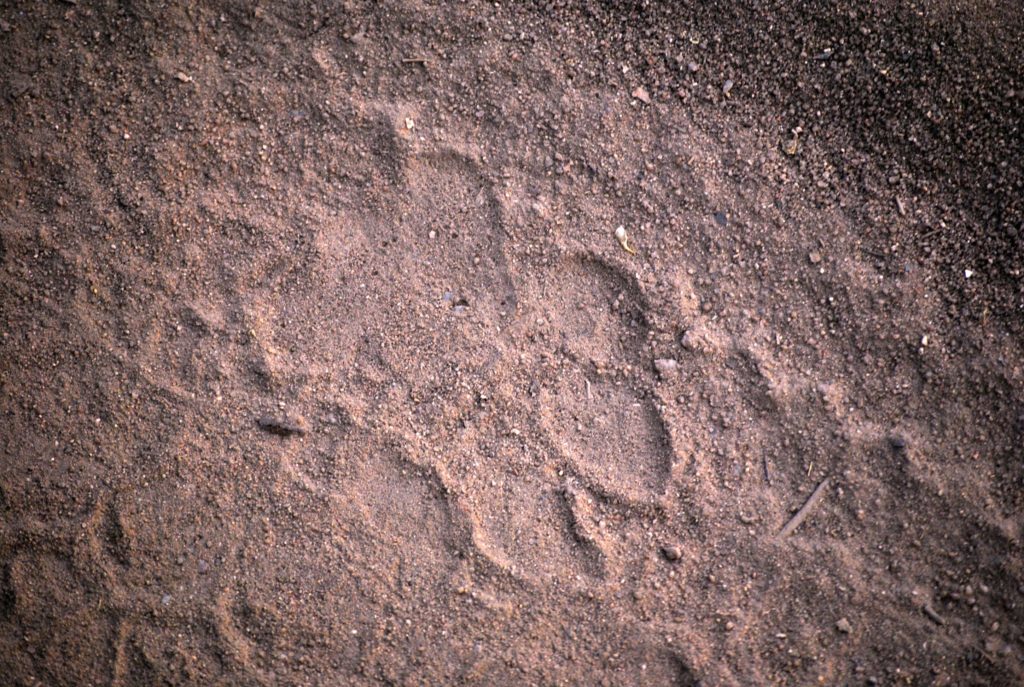 Sambar deers, Barashinga, jackals, gazelles, deer, wild boars, peacocks: they all live in those forests. I met them all, but not the tiger.

Then, in Bhandhavgarh National Park, here SHE was.

First two puppies, very far from the jeep. We call them puppies, but they are actually huge cats. Two little brothers, or maybe a little brother and a little sister? I cannot remember this anymore. Click click click – many photos, with my Nikon 55-200 lens. They turned out to be blurry, tremendous. The reality is that my hands were shaking.

And then, SHE was there.
“Here she is! Here she is!”, said one of my travelling companion with an incredible vision she had developed during her life in Africa.

Here SHE was. The tiger was in the middle of a cool, green clearing, at the end of a hot afternoon that was beginning to run down with defeat. “We will not even see it today” was the recurring thought of mine and of those who shared India with me this time.

Here SHE was. One of the 3,890 specimens left in the world (according to WWF https://www.worldwildlife.org/species/tiger). Do you understand, my dear readers? My life as a traveller peaked in a way I knew I wouldn’t be able to replicate in the future. Her slow steps have almost completely disappeared: today, we have lost 97% of the wild tigers.

We are war machines. Mankind is everything but kind.

She was lying under a tree. Her orange-red back was decorated with black stripes: the pattern is unique, they say. They say that the mantle changes from one side of the animal to the other. Pink nose and light eyes.
Unique, and yet so fragile. 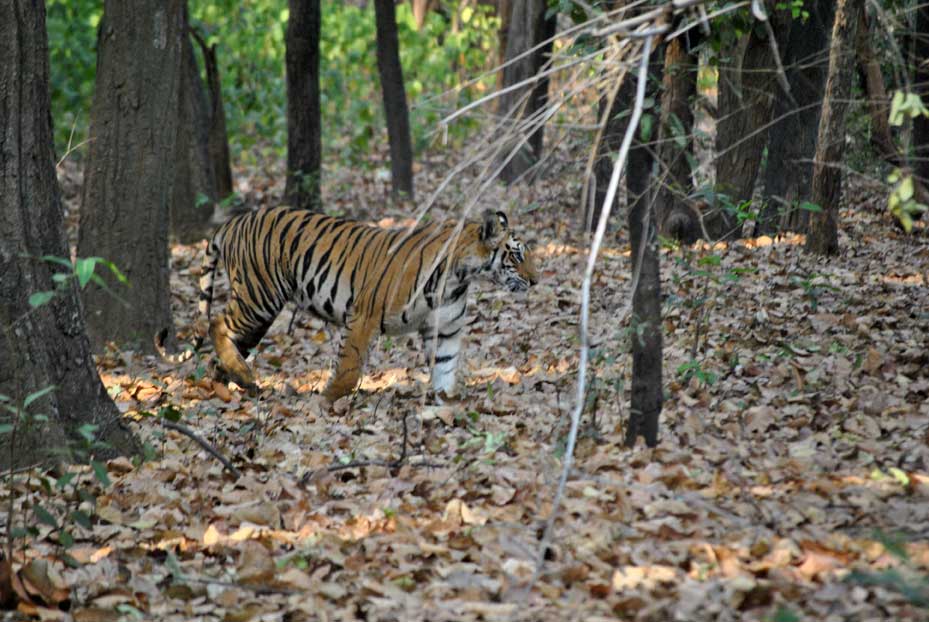 She got up, and after a few steps, totally uninterested in our presence, she threw herself back on the ground next to another tree. And there, it was magical: she started playing with something, maybe a leaf. She played like a cat:

She then rose again and walked slowly, softly, towards us:

And when the tiger begins to move, the whole forest starts to send out alarm calls: I will never forget the ungracious cry of the peacocks  or the scream of the langur monkeys  in that moment.

She barely brushed the shrubs around her.

She seemed inconsistent, other-worldly, despite her weight.

In fact, tigers can weigh up to a few hundred kilos and constitute the highest ring of all the ecosystems in which they live: they regulate the populations of deer, wild pigs, antelopes. Without their intervention, these species would expand dramatically, with devastating effects on resources and the territory. The damage to the vegetation would in turn have a serious impact on smaller animals such as insects, which losing their habitat would probably move on the cultivated fields, with serious consequences for humans.
We are all connected, this is the point.

Yet, here’s how the WWF describes the fate of the various species:

We have nearly managed to destroy them all.
The indiscriminate hunting by man, the beliefs of traditional Chinese medicine, the constant reduction of their natural habitat, the British colonisers of Asia, the maharajahs, the poaching for the skins, myths and popular beliefs that identifies/identified this animal as a man-eater: the list of causes goes on.

What I can offer, to conclude this story, is that I cried when I saw the tiger. I cried because I was sad for all the things our race continues to cause to the species with which we share this gracile planet. I also cried of joy, though: because that specimen was there. Strong. Free. And it means that someone has decided to protect it. It means that someone out there is working to learn from past mistakes.

I know that it is not typical of this website to recommend concrete actions, but if you also have the opportunity and interest to contribute to this battle, here is a site to address your efforts, even minimal: