At some point in your life, you will find yourself travelling from Arles in the direction of Avignon. You will be close to the Luberon Massif and the Alpilles. In this magical area of Provence, I recommend you visit the Abbey of Montmajour (official website in English). By doing so, you can – among other things – retrace the steps of Van Gogh who stopped here between 1888 and 1889 and painted it in his Sunset.

Among the many unforgettable places of my French stay, the Abbey remains in my heart even now that I am writing about it after so many months, after so many changes: the rock tombs, the abbey church that has remained unfinished, the Hermitage of St Peter built along a natural cave trench, the huge empty rooms and the elegant coexistence of Romanesque, Gothic and Classical remind me once again that places retain some kind of energy, places hold an impalpable memory and if I close my eyes I can still see them, the monks, the merchants, the ships that once arrived here. 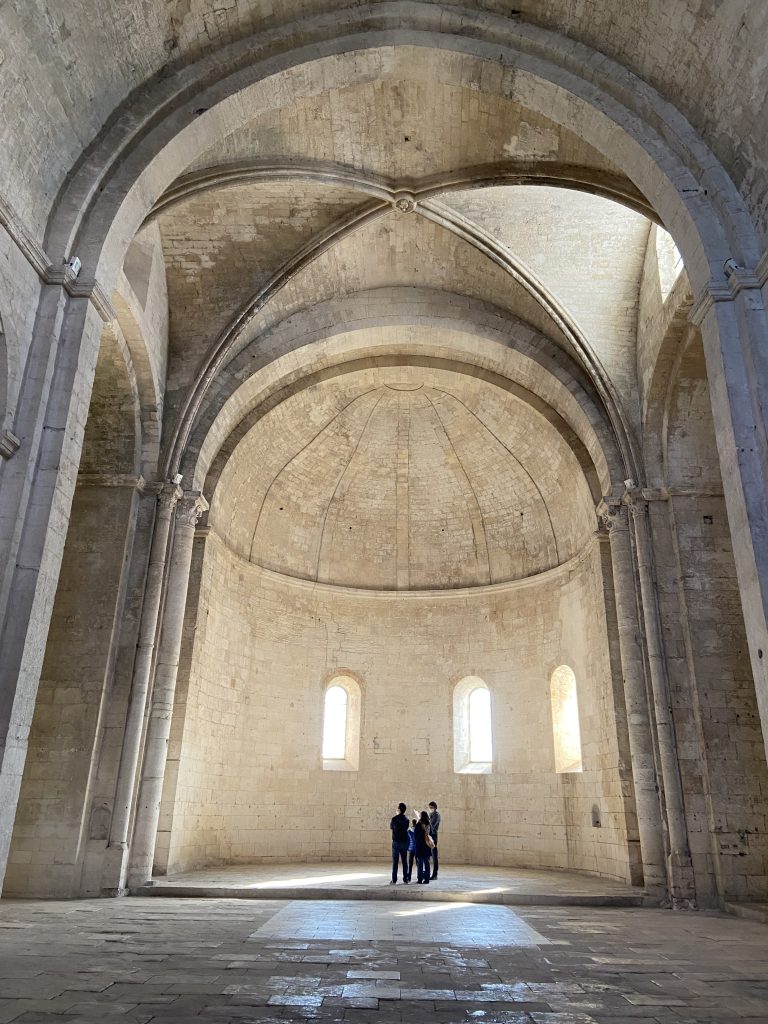 Once there was a sea here.

The Abbey of Montmajour, in fact, represented for several centuries an important centre of the power of Christian spirituality, a power that derived from factors that are unexpected if one analyses them with the eyes of the twenty-first century. 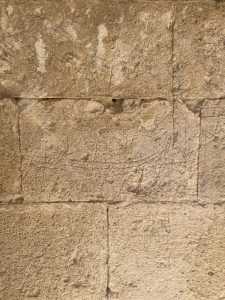 Rising a few kilometres from the port of Arles, the Abbey is located on a small rocky island, in a strategic position at a time when the Mediterranean Sea was regaining centrality (we are in 1100 C.E. approximately).

The sea came here, and the sea is still present on its sand-coloured walls: in the southwest part of the cloister, in fact, marine graffiti can still be seen.

A vital and ancestral act, as many describe them because they testify to the occupation of a place by people, their beliefs, habits, and certainties.

Graffiti can often be seen on monuments near marine and river sites and, as in the case of this abbey, remain forgotten for centuries. In 1993, the archaeologist Albert Illouze, an expert in naval archaeology among other things, discovered a series of medieval graffiti on these Provençal walls dating back to the 12th century: there are 25 ships, take your time to find them, and several votive offerings, as well as some elegantly decorated spheres that I honestly did not understand what they were or what they wanted to represent. 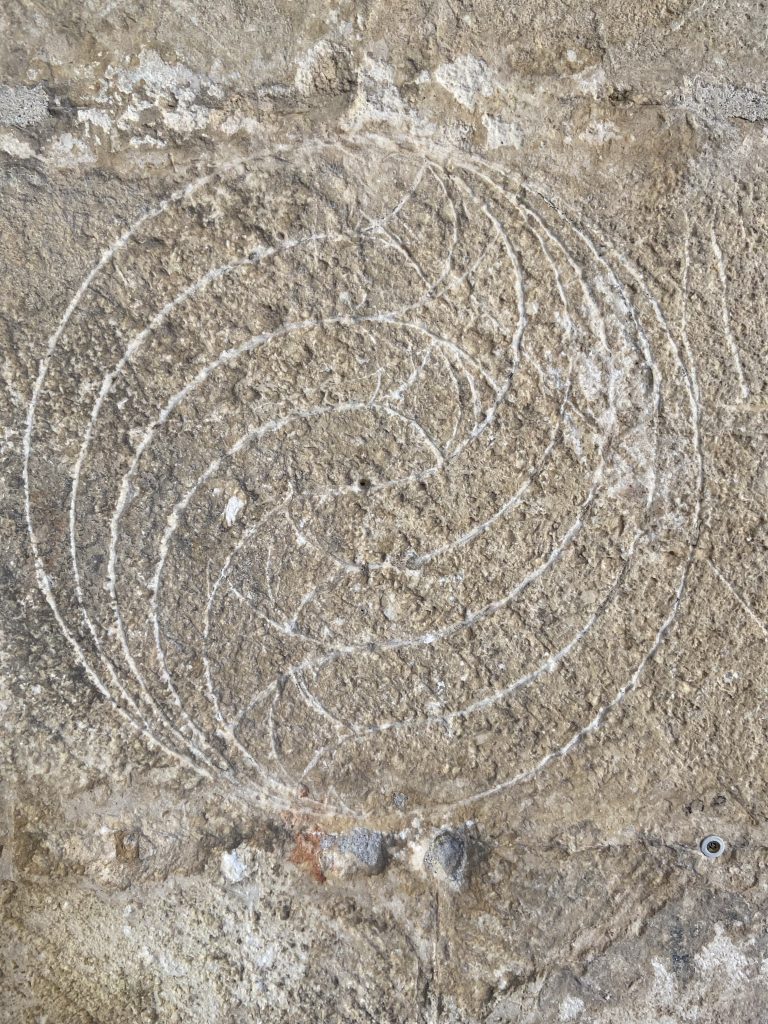 I don’t know where, but I read that the boat symbolised the world confronting evil in the thinking of the time, but as I stand looking at the southwest wall, other questions run through my mind: where were those 25 ships going and coming from? What were they carrying? Who was onboard? Who entrusted their afterlife to those crosses? And those votive offerings, for what do they give grace? A journey within a journey, then. 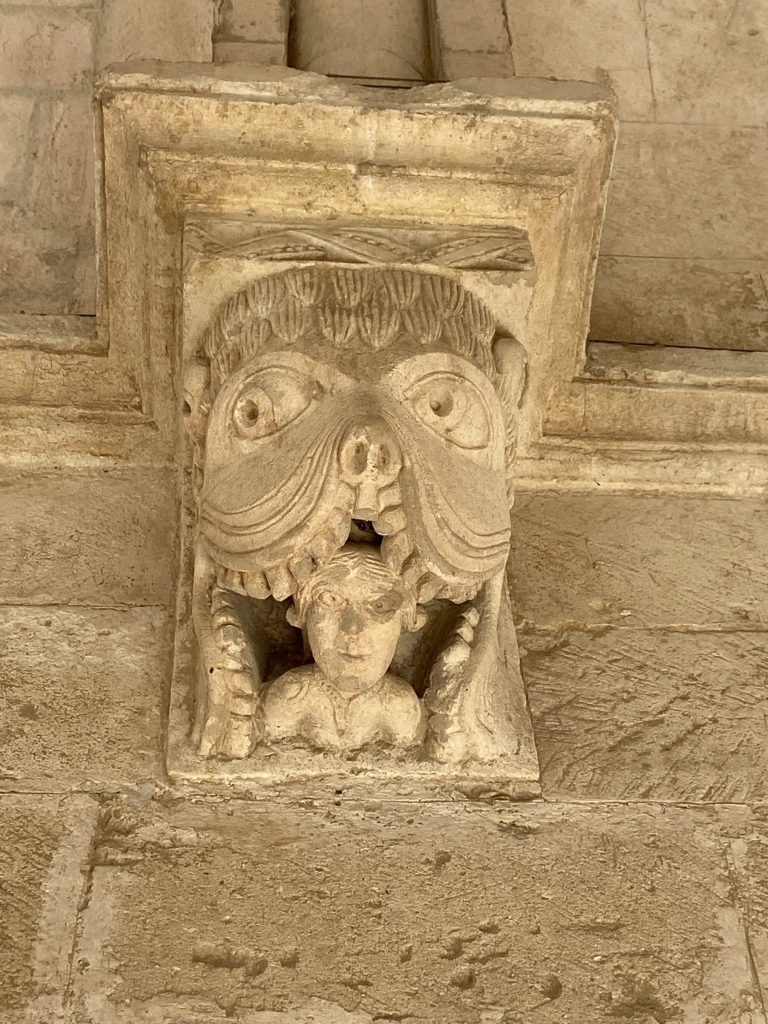 The surprises, however, do not end on these ships.

The cloisters, in fact, will take you to a distant universe, made up of the sacred and the profane, the fantastic and the real. The capitals, overlooking the empty garden as I visit it, are laden with domestic animals: made of stone, to remind the visitor that animals are under the yoke of man.

Above all, though, the tops of the columns are full of imaginary figures that return again and again to this part of France: we often call them monsters, demons. They are dragons, tarasques, and chimaeras: lion heads and bodies, snake tails and goat snouts, they are representations of an illusion that has no connection with reality and no possibility of becoming concrete.

Nevertheless, these fantastic beasts do not frighten me at all, because the modern world has created far worse atrocities. 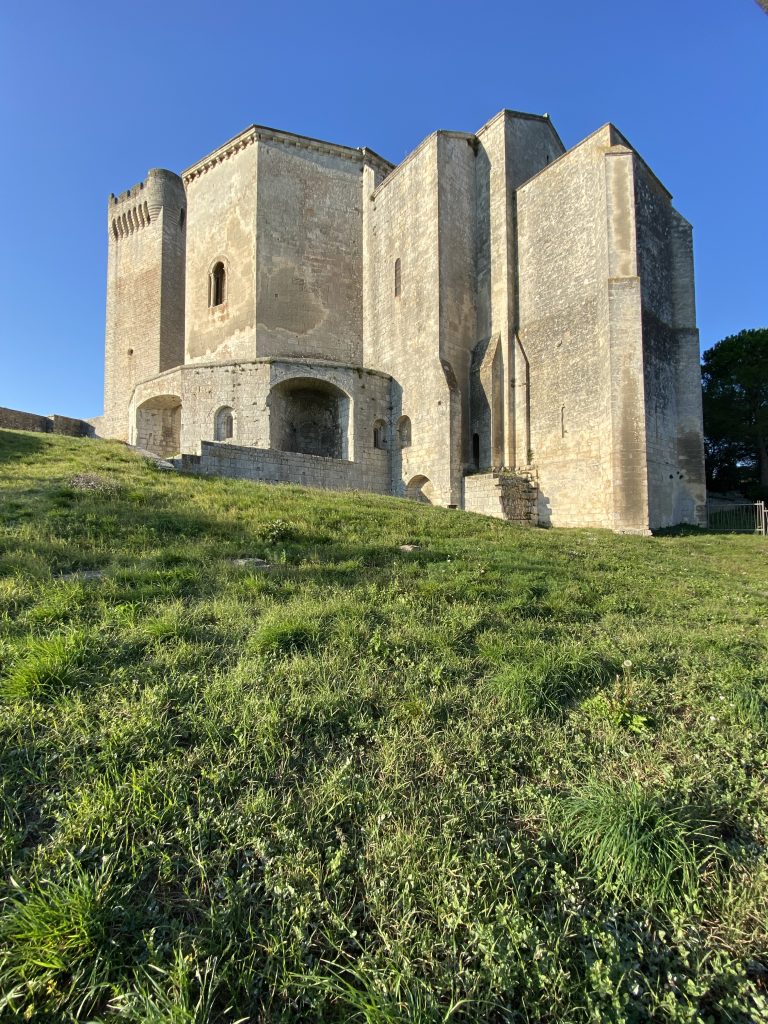